East Meadow, NY…………….Krishan Kumar, MD, FACEP, Director of Pediatric Emergency Medicine at the Nassau University Medical Center (NUMC), has been recognized by the Hon. Chief Minister of Uttar Pradesh, India, Mr. Akilesh Yadav, for his contributions in the field of pediatrics and emergency medicine in the U.S. Dr. Kumar received the “Uttar Pradesh Apravasi Bharatiya Ratna Award” , the jewel of Uttar Pradesh award.

The State of Uttar Pradesh, the largest state in India, with a population of 200 million persons, celebrated its first Pravasiya Bharatiya Divas (Non-Resident Indian Day) on January 4, 2016 in Agra, the city where the Taj Mahal is located in India. More than 250 non-Indian residents from 30 worldwide countries attended the conferences.

In a letter dated January 11, 2016, Hon. Chief Minister Akilesh Yadav, wrote: “It is a matter of great pride and pleasure for me and the state to bestow the “Uttar Pradesh Apravasi Bharatiya Ratna Award” to Dr. Kumar for his work. His activities have brought glory to India and Uttar Pradesh.”

Dr. Kumar attended the conferences in India and presented two lectures on emergency medicine in India as well as chaired a panel on “Health and Education in India, especially the development of emergency medicine, Emergency Medical Services, trauma and disaster management.

“Dr. Kumar is to be congratulated on this well-deserved recognition. This is a testament to his expertise in the field of pediatrics and emergency medicine. We are privileged to have Dr. Kumar as a member of our clinical staff as well as a member of our NuHealth/NUMC Board of Directors,” stated Victor F. Politi, MD, FACP, FACEP, NuHealth/NUMC’s President/CEO.

Dr. Kumar graduated from medical school in India in 1977 and immigrated to the U.S. in 1984. He joined Lincoln Hospital in the Bronx, NY. As a resident and soon became associate director of emergency medicine in 1988. He joined NUMC in 1990 as an attending in the department of emergency medicine/pediatrics. Currently, he is serving as the director of pediatric emergency medicine. Besides mentoring young physicians in their residency training, he has become a pillar for the department in clinical excellence. Moreover, Dr. Kumar keeps busy in the academic world as an Clinical Professor of Pediatrics and Emergency Medicine at the New York College of Osteopathic Medicine, NY. As a physician-scientist, he has published several papers in emergency medicine and chaired many prestigious conferences in emergency medicine in India and abroad. He works and teaches at all levels of emergency care, and is actively involved in the teaching and training of paramedic students and EMTs. Dr. Kumar is also a medical director of the Fire and Police EMS Academy at NUMC. 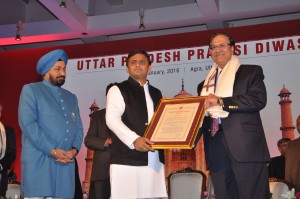