Dr. Paul Weinberg returned to NUMC in 2019 to resume his role as Chairman of the Anesthesiology Department, a position he held previously from 2007 to 2010. A native of Long Island, Dr. Weinberg graduated from the Albert Einstein College of Medicine with Distinction in Research in Cardiology, and subsequently did his residency in Anesthesiology at NYU Medical Center and a Fellowship in Cardio-Thoracic Anesthesia at Albert Einstein and Montefiore Medical Center. From 1988 to 2007, Dr. Weinberg was a partner in a private anesthesia group that serviced the Catholic Medical Centers of Brooklyn and Queens. During that time, he held several positions including Director of Anesthesiology and Medical Director of the Queens Surgical Community Center, Director of Anesthesiology and Pain Management at Mary Immaculate Hospital, and a managing partner of Boulevard Anesthesia Associates. His interests include cycling, skiing, and reading medieval literature. 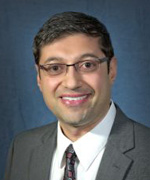 Dr. Makaryus returned to North Shore University Hospital (NSUH) in 2007, and served as director of cardiac CT and MRI (2008-2012). He was also the director of the echocardiography laboratory at NSUH from 2009 to 2012. Board-certified in internal medicine and cardiology, Dr. Makaryus additionally received certification from the National Board of Echocardiography, Certification Board of Nuclear Cardiology, and Society of Cardiovascular Computed Tomography. He has also completed Level II training in cardiac MRI. 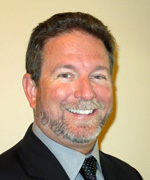 Dr. Guiney has practiced in the underserved community throughout his entire professional life. He remains committed to the training of family medicine doctors to address the current national physician shortage, and recruiting program graduates for ongoing primary care service in the NuHealth/LIFQHC Family Health Centers. 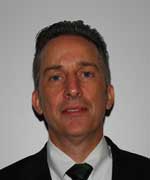 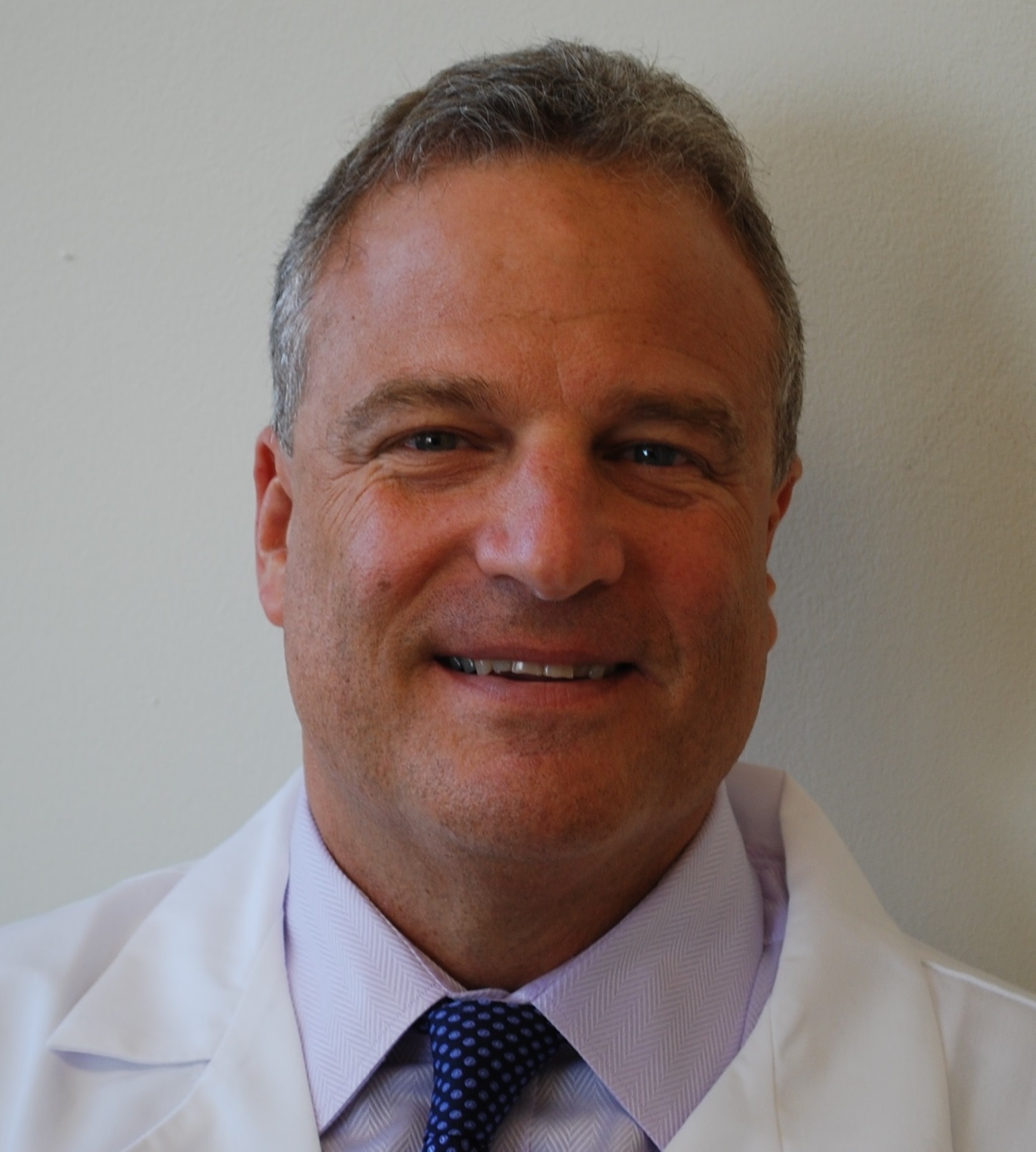 Dr. Riggs joined the Nassau University Medical Center in August 2015 as chairman of the OB/GYN department. He is originally from Haddonfield, in southern New Jersey. He attended Georgetown University in Washington, D.C., for undergraduate and medical school education, and completed his residency in OB/GYN at St. Barnabas Medical Center in Livingston, New Jersey. From 1989-1999, he worked with his father, Joseph, in private practice in Haddon Heights, New Jersey, where they specialized in advanced gynecologic surgery.

After his father/partner retired, Dr. Riggs moved to NYC and joined the staff of Wyckoff Heights Medical Center in Brooklyn. Over the next 15 years, he held multiple positions at Wyckoff: director of gynecology and urogynecology, director of the women’s health center, chairman of OB/GYN, President of the medical staff, and President of the medical board. He subsequently practiced for three years at Brooklyn Hospital in general OB/GYN. Dr. Riggs is currently clinical chair of OB/GYN at the American University in Antigua (AUA). He is also an active member of the American Medical Association, American College of OB/GYN, United Healthcare credentials committee, Georgetown University medical alumni board and board of governors. His interests include all sports, weightlifting and traveling. 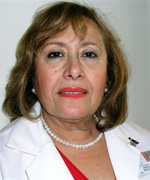 Upon completion of her residency, Dr. Morcos developed a very successful practice in Queens, NY. She became the program director of Ophthalmology at NUMC in 1999, and was named the Chief of the Division of Ophthalmology in 2001. Under her leadership, this small division under the auspices of the Department of Surgery became an independent department in 2007, of which she is its first chairman. In 2011, the Department moved into a brand-new state-of-the-art Eye Center that serves well over 11,000 patients a year.

Dedicated to patient care and vision preservation, as well as medical education, Dr. Morcos has published numerous articles, and frequently presents at professional meetings. She has received numerous accolades on a national and international level, and has been mentioned among Americas Top Ophthalmologists by Consumers Research Council, and Who’s Who in Executive and Professional Women in Teaching and Education.

She was selected as Top Ophthalmologist in NY by the International Association of Healthcare Professionals in 2013. 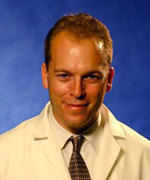 Charles Ruotolo, M.D., graduated among the top of New York Medical College School of Medicine in 1995. He completed an orthopedic residency program at SUNY at Stony Brook in 2000. After his residency, he underwent fellowship training in sports medicine and shoulder surgery, at the prestigious Sports Clinic of Laguna Hills in California, under the tutelage of Wesley Nottage, MD. It is here where he perfected his advanced arthroscopic surgical skills.

Dr. Ruotolo is board-certified in orthopedic surgery, and is a fellow of the American Academy of Orthopedic Surgeons. As an Associate Master Instructor of Arthroscopy for the Arthroscopy Association of North America, Dr. Ruotolo actively teaches other orthopedic surgeons advanced arthroscopic skills in shoulder surgery. Named the top surgical student in his graduating medical-student class of 210 students, Dr. Ruotolo was named the attending of the year in 2003 for the orthopedic training program at SUNY at Stony Brook.

As an avid researcher, he has published multiple articles on shoulder injuries and shoulder surgery in the peer review journals of Arthroscopic Surgery, and of Shoulder and Elbow Surgery, as well as several book chapters on the same.

As the chairman of the Department of Orthopedics at Nassau University Medical Center, Dr. Ruotolo is helping to guide the hospital in its revival as a leading center for orthopedic surgery. He has developed a core group of highly skilled orthopedic surgeons at NUMC, providing some of the best care in orthopedic spine surgery, orthopedic trauma surgery, minimally invasive joint-replacement surgery, arthroscopic surgery and sports medicine. 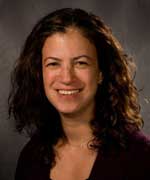 She is board-certified by the American Board of Pathology in Anatomic and Clinical Pathology. She is a published author of multiple articles, and holds an appointment as Clinical Assistant Professor in the Department of Pathology at Hofstra University North Shore-LIJ School of Medicine. Dr. Robbins arrives at NUMC having spent the previous fourteen years as a pathologist in the North Shore-LIJ Health System, most recently as Chair of Pathology and Laboratory Services at Glen Cove Hospital.

Dr. Robbins chaired several committees, and served on several others, at Glen Cove Hospital, and in the Pathology Department of the North Shore-LIJ Health System.

Dr. Ioannou earned his M.D. degree from St. Georges University School of Medicine.  He completed an Internship in Internal Medicine at The Methodist Hospital in Brooklyn, and then completed his Residency in Psychiatry at SUNY-Downstate.  He stayed on at Kings County Hospital beginning with a position in the HIV Program, where he was in charge of the Psycho-social services and as a faculty member of the AIDS Education and Training Center.  He assumed a series of responsibilities at Kings County Hospital within a variety of Public Psychiatry services before moving to Long Island, where he held the position of Medical Director of Substance Abuse Services at Glen Cove Hospital.  He eventually came to NUMC, where he was Vice Chairman of Clinical Services for the Department of Psychiatry until moving to Stony Brook University Hospital as Director of Residency Training for General Psychiatry.

In addition to his work in Public Sector psychiatry and work with the SPMI population,  he has maintained his interest in psychodynamic psychotherapy and is a member of the CJ Jung Institute and has completed training in Meaning Centered Psychotherapy.  He teaches both Nassau University Medical Center and Stony Brook psychiatric residents.  He also supervises psychiatric residents in providing insight oriented psychotherapy and supportive expressive psychotherapy. He is a Clinical Assistant Professor of Psychiatry at Stony Brook University and has presented at a variety of conferences with a focus on Ethics, Historical Context of the Mental Health System and the History of Opiate Use in the United States.

Dr. Lev joined Nassau University Medical Center (NUMC) in 1995 as Director of Neuroradiology. He was promoted to Radiology Chairman in 2020, having previously served as Acting Vice-Chair and Acting-Chair for the department. Dr. Lev holds an appointment as Associate Professor of Clinical Radiology at the Renaissance School of Medicine at Stony Brook.

Dr. Lev serves on several NUMC committees, including Radiation Safety and Informatics.  He was a member-at-large on the NUMC Medical Staff from 2011 to 2012. He is also on the executive committee of the Long Island Radiological Society (LIRS), where he functioned as its President in 2018. He co-leads the quality program for the NUMC Radiology Department and has implemented vital safety and patient care initiatives, such as those concerning stroke care and trauma, which have been adopted by the institution.

Dr. Lev is committed to student and Resident training and education and serves as both Director of the Academic Affairs Committee and Radiology Medical Student Course Director. He has an extensive range of research interests; presenting over 120 exhibits and oral presentations and receiving numerous accolades. He is the published author of multiple peer-reviewed articles and electronic publications and he has been a Journal Reviewer for both the American Journal of Radiology (AJNR) and the British Journal of Radiology (BJR).

He is also an artist and a photographer. He enjoys weightlifting, physical fitness and endurance sports.

L.D. George Angus MD, MPH, FACS is a graduate of Fordham University. Following his undergraduate studies, he pursued a medical career and graduated from the Albert Einstein College of Medicine. Following medical school, he completed a surgical residency at the Long Island Jewish medical Center followed by a trauma/ critical care fellowship at the Maryland Institute for Emergency Medical Services (Shock Trauma Center) in Baltimore, Maryland.

He is an Associate Professor of Surgery at SUNY @ Stonybrook and has been the Director of Trauma at NUMC since 1996. In 1998, he established the Long Island Surgical Weight reduction center on Long Island in order to assist those morbidly obese; the first comprehensive, multidisciplinary program of its kind on Long Island , while completing a Masters in Public Health at Columbia University in Health Policy and Management. He is a member of a number of prestigious organizations including the Eastern Association for the Surgery of Trauma ( EAST), Society of Critical Care Medicine ( SCCM) and New York Surgical Society, Brooklyn Surgical Society and American College of Surgeons. He is also a fellow of the American College of Surgeons and an ATLS State faculty as well as a member of the NY State Trauma Advisory Committee (STAC).

Dr Angus is highly skilled in all aspects of blunt and penetrating trauma and the management of the critically ill and has received numerous awards and honors for his work and accomplishments. He has been honored as a health care Hero in 2010 in recognition of exceptional dedication, commitment and contribution to the quality of health care on Long Island. He has been a mentor to a vast number of surgical residents who are currently in the practice of surgery; named outstanding teacher on numerous occasions by his surgical residents and listed in Marquis Who’s Who in America in 2011. He is extensively published with over 85 peer reviewed articles and book chapters. He has been the Vice Chair of the department of surgery for a number of years and in 2020, assumed the Chairman’s position leading his department into the 21st century.