Although NuHealth is a new name in regional health care, its roots go deep into Long Island’s history. What began in 1935 as Meadowbrook Hospital — a 200-bed general hospital in then-rural East Meadow, New York — has become part of a unique health organization with multiple centers of care, and a commitment to deliver excellent essential care to everyone, at every stage of life.

Following a series of epidemics in the early decades of the 20th century, concerned citizens petitioned Nassau County to build “a public general hospital for the care and treatment of the sick in the County of Nassau.” In early 1931, Nassau purchased a 75-acre site in the geographic center of the county at a cost of $95,625. Over the next four years, the original four-story main building with its twin solariums, as well as eight outbuildings, rose from the potato farms of the Hempstead Plains. It would be the best-equipped hospital in the county, and it bore what was a hefty price tag in the day — the buildings themselves cost almost $1.6 million, and the equipment and furnishings added another $178,000. On July 15, 1935, Meadowbrook Hospital finally admitted its first patient.

At that time, Nassau’s entire population only just topped 300,000. During its first year of operation, Meadowbrook Hospital’s staff of 330 treated fewer than 150 people a day as inpatients, seeing 560 patients in the emergency room, and 813 in ambulatory patient clinics. But, as the area developed, the hospital’s proximity to the new and booming postwar community of Levittown ensured it an increasingly important role in Nassau’s growth. The hospital expanded several times throughout the 40’s and 50’s, and celebrated its silver anniversary in 1960 with a two-story addition and the germ of an idea: to become a complete tertiary-care teaching medical center serving the needs of a population that reached one million that year. But, it would be ten more years before Meadowbrook Hospital became the Nassau County Medical Center, and another four before its crowning achievement: the February 1974 opening of the 19-story 1,000,000-square-foot Dynamic Care Building…still Nassau’s tallest building, and a familiar Long Island landmark.

More than the region’s “safety net” hospital, NCMC became Nassau’s premier Level I Trauma Center, and continued to add programs and services to meet the public’s needs, including the county’s only complete state-of-the-art burn center. It also has a strong educational commitment, and has provided thousands of young physicians, nurses and other health care professionals with the opportunity to begin their careers working alongside experienced, talented professionals in a high-volume, fast-paced medical center. Today, the hospital, renamed the Nassau University Medical Center in acknowledgement of its academic associations, is affiliated with the North Shore/LIJ Health System, the Health Sciences Center of the State University of New York at Stony Brook, the New York College of Osteopathic Medicine, the New York College of Podiatric Medicine, the American University of the Caribbean School of Medicine, and the Hofstra University School of Medicine.

In early 1997, Nassau County and New York State worked to create a new public benefit corporation that would provide a more comprehensive approach to the region’s public health planning. Governed by an independent Board of Directors, the Nassau Health Care Corporation was charged with managing the operations of Nassau University Medical Center, as well as the county-run A. Holly Patterson Extended Care facility, the infirmary at the County Jail, and the county’s neighborhood health clinics. On September 29, 1999, the newly assembled Board of Directors held their first official meeting.

Today, Nassau Health Care Corporation is making good on its promise, and entering its second decade with a renewed purpose — and a new name that honors both its past and its new vision for health care delivery in the region. As NuHealth, this 1,200-bed health care system is moving toward a new model of care that emphasizes excellent essential hospital and ambulatory services, primary care in the community, shared responsibility for wellness, a continuum of care, and integrated delivery of specialty services. And a short look at some of its recent accomplishments makes one thing clear: NuHealth isn’t just talking change. It’s taking action to bring better care and coverage to more people than ever before. 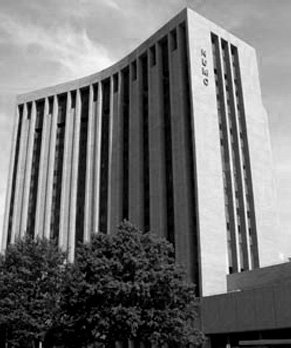